Marco Cavallini presented a talk during the Yocto Project summit 2019 in Lyon, France.

This presentation described how to strenghten the Yocto Project deployments using the Autobuilder2 which is based on Buildbot. 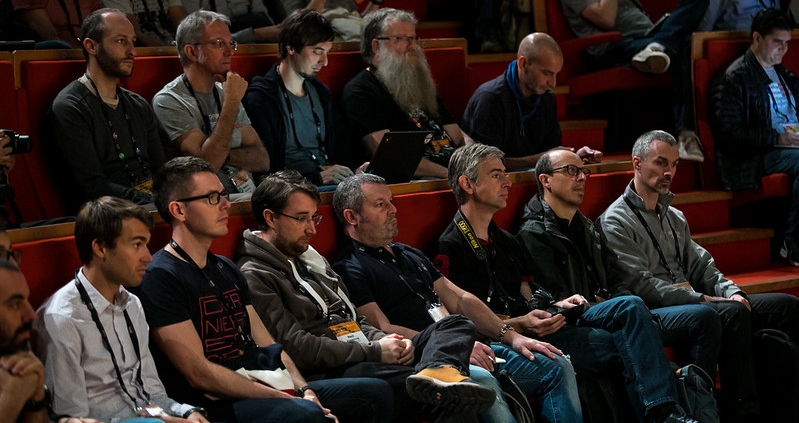 Buildbot is a software development continuous integration tool which automates the compile or test cycle required to validate changes to the project code base.

During this talk was presented some case-studies using Continuous Integration techniques to strenghten the deployment of Linux embedded components using the Yocto Project.

Autobuilder2 is a software development continuous integration tool built for the Yocto Project.

Buildbot is a software development continuous integration tool which automates the compile or test cycle required to validate changes to the project code base.

Buildbot supports not just continuous-integration testing, but automation of complex build systems, application deployment, and management of sophisticated software-release processes.
When software development processes are automated, they are repeatable, reliable and can be run as frequently as available computing resources allow.
Automating the build and test process gives developers immediate feedback on their work. Tests can run on multiple platforms, ensuring that code changes made on one platform do not cause failures on other platforms.
Once a project is ready for use by users, it is either deployed (for hosted applications, such as web sites) or released (for packaged software such as desktop applications).
Automating deployment makes the process predictable and lowers the risk involved with each push. Changes can be deployed to a staging environment first, then deployed to production using exactly the same procedure, eliminating failures due to human error. Deployments can occur many times every day, with only small changes between each deployment.
Releasing packaged software, too, benefits from automation. The process can involve compiling and packaging on multiple platforms, signing builds, localizing strings, quality-assurance checks, and so on. When automated with a tool like Buildbot, all of this occurs repeatably and efficiently.

The Yocto Project is an open source collaboration project that provides models, tools and methods to create custom Linux-based systems for embedded products that are independent from the adopted hardware architecture. The project was created in 2010 as a collaboration among several hardware manufacturers, open-source operating system providers and electronics companies to bring some order into the chaos of Linux Embedded development. Over the years, Yocto Project has established itself as the de-facto standard for the generation of embedded Linux systems, surpassing alternative products thanks to its characteristics.The free tools that Yocto provides are powerful and easily generated (including emulation environments, debuggers, an application generator toolkit, etc.). The complete abstraction from the hardware of the development environment allows to optimize the investments made during the prototyping phase. The Yocto Project encourages the adoption of this technology by the open source community allowing users to focus on the characteristics and development of their product.

Marco Cavallini is a FOSS developer and evangelist since 1999 and a C/C++ programmer since mid 80s. He founded KOAN on 1996, an Italian based Linux embedded consultancy and service provider. He is a Yocto Project Advocate and OpenEmbedded member and provides several trainings and consultancy services across Europe. When not using computers, Marco is usually interested in mixing physics with philosophy and practicing archery.